ProCon.org Names LPGA Golf Pro Deb Richard Chair of Its Board of Directors 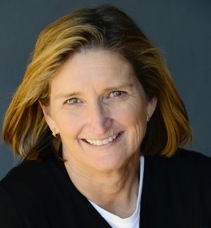 “I’m honored to be elected by the ProCon.org board to be the chair. My personal commitment to intense but civil debate, to learning by engaging and helping people build authentic relationships across all kinds of personal, political and social divides makes me especially thrilled to be working with the talented team at ProCon,” says Richard.

Kamy Akhavan, CEO of ProCon.org, said “Deb Richard’s lifelong commitment to education, critical thinking, and personal transformation make her an exceptional leader – on and off the course. We are honored to have Deb lead our Board of Directors. Her talents will help ensure that ProCon.org continues to grow and thrive so our unique programs can serve generations to come.”

Richard won over $2 million during her career. According to the LPGA website she won the 1994 Founders Cup Award, given by Golf Digest, received the 1996 Sports Illustrated for Kids Good Sports Award for her involvement with the Deb Richard Foundation, which she founded in 1995 to award college scholarships to physically challenged children.

She served as a member of the LPGA Executive Committee for the 2004-2006 seasons, serving as its vice president in 2005. In 2004 she received Distinguished Alumnus Award from the University of Florida.

ProCon.org is a 501(c)(3) nonprofit nonpartisan public charity, providing professionally-researched pro, con, and related information on more than 50 controversial issues from gun control and death penalty to illegal immigration and alternative energy. Using the free nonpartisan resources at ProCon.org, millions of people each year learn new facts, think critically about both sides of important issues, and strengthen their minds and opinions.

ProCon.org is widely used by students in high school and college and by media searching out balanced, unbiased information. Its official mission statement is: “Promoting critical thinking, education, and informed citizenship by presenting controversial issues in a straightforward, nonpartisan, and primarily pro-con format.”

Richard will lead other ProCon.org board members, including: